Editor’s Note: The New Hampshire Aerospace and Defense Export Consortium (NHADEC) holds an annual event every June to bring together New Hampshire and regional manufacturers and service providers in the aerospace and defense industries.  These annual events allow participants to learn about international market trends and opportunities, develop international business strategies, connect and engage with the local supply chain, and establish a greater industry network.

New Hampshire Office of International Commerce student intern, Katie Sullivan, provides an overview of this year’s annual event held on June 15, 2017, at the Manchester Country Club.  Katie is an entering senior at Dickinson College (PA) where she studies economics. Katie is from Amherst, NH.

Former deputy assistant secretary at the US Department of Defense and current visiting fellow at the American Enterprise Institute, Roger Zakeim, headlined the third annual event hosted by the New Hampshire Aerospace and Defense Export Consortium, on June 15, at the Manchester Country Club.  This year’s annual event focused on providing attendees with an understanding of the current U.S. defense budget and the ability to network across the supply chain.

The event began with welcoming remarks from Zenagui Brahim, NHADEC Chair; Chris Way, Acting Director, NH Division of Economic Development; and Chuck Withee, President and Chief Lending Officer, The Provident Bank. A theme echoing from these remarks was support of continuing the growth and success of the region’s aerospace and defense industry. 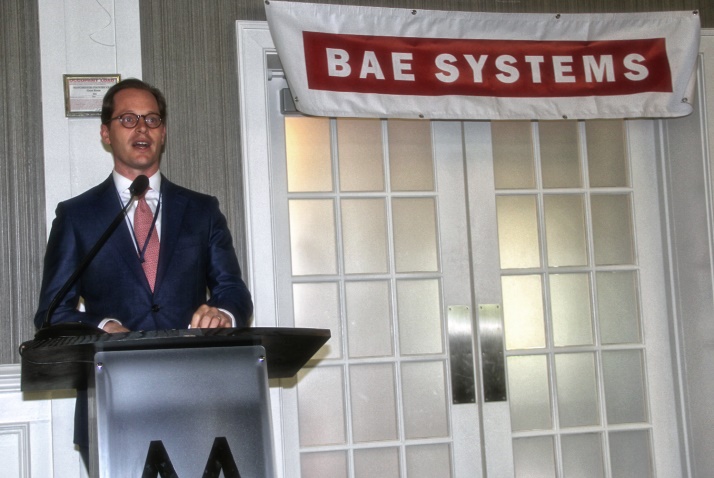 Pictured above: Roger Zakheim speaking on President Trump’s Military Rebuild and its Impact on the Defense Industrial Complex

Roger Zakheim, who also served the U.S. House Armed Services Committee as general counsel and deputy staff director, addressed President Trump’s “Military Rebuild and its Impact on the Defense Industrial Complex.”  Utilizing an in-depth analysis of the President’s budget request, he cautioned that President Trump’s “defense rebuild” would not be substantial enough to rebuild the military. He also argued that the proposed budget numbers that some believed to be too large were actually commensurate with inflation.  Zakheim offered that though the budget request might not be as large as upon first glance, it did still provide an opportunity for some growth and stability for the industry. 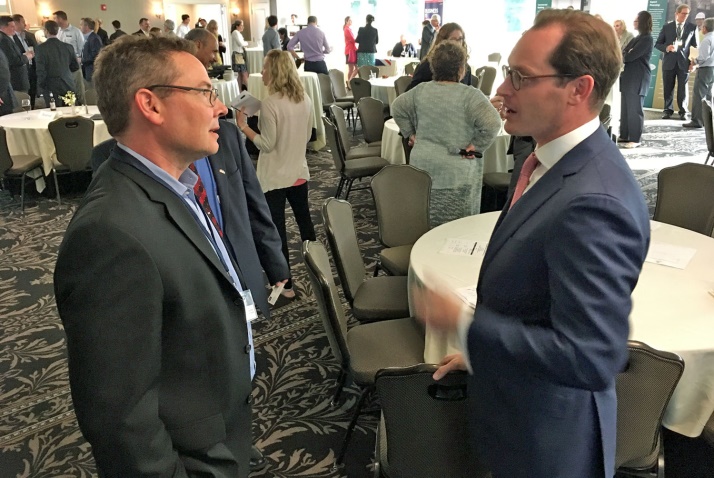 Pictured above: NHADEC Board Member Chris Wrenn speaking with Zakheim following his talk 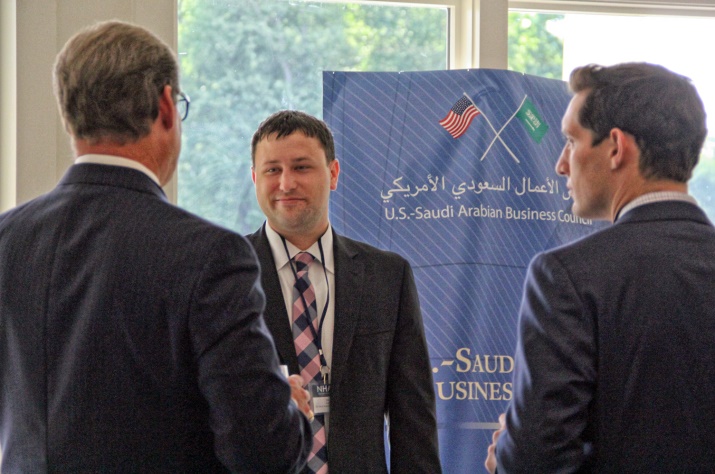 Pictured above: Attendees networking with a representative from the US-Saudi Arabian Business Council

Through affairs such as the recent networking event, NHADEC is continuing its efforts to foster relationships and opportunities for its membership around the world and is hoping to continue its growing momentum with future events. Now in its fourth year, the consortium is expanding its membership beyond the border and now includes members from Maine, Massachusetts, New York, Ohio, Utah and others. For more information on future NHADEC events and also how to join the consortium, please visit: http://nhadec.com/.